The International Ukulele Contest, one of the largest ukulele competitions not only in Hawaii but around the world has gradually gained attention as some of the past winners have made their way up and making their living through music. Some have signed record deals and performed as professional musicians later in their careers. Here are some of the talents that have become household names in the ukulele and mainstream music community.

Honoka & Azita was our 2013 winner who won the first place and MVP, they were soon invited to perform/open for a famous Japanese musician in Okinawa. The duo also made appearances on several network television including the syndicated Harry Connick Jr.’s talk show.

TODAY: Amazing ukulele duo Honoka and Azita will blow you away with their performance! #wipeout #HarryTV pic.twitter.com/WcEQd6lsoC

Medias in Thailand quickly picked up the stories on GuyUke‘s victory at our 4th Annual International Ukulele Contest and gained immediate attention nationwide in Thailand. Following his fame, GuyUke received a music scholarship to study advanced music in Thailand.

Our 2016 MVP winner from Taiwan, an ukulele prodigy, Feng E made an appearance on the Ellen DeGeneres Show after his YouTube video went viral. He also made several appearances on the talent audition & discovery shows, America’s Got Talent and Asia’s Got Talent. His talent was discovered at our competition only at the young age of 8.

Tegan & Kaylen, our MVP winner in 2018 was soon invited to perform at the Japanese version of Woodstock, Japan’s largest international music festival; The Fuji Rock Festival 2018 and have signed a major record deal in Japan.

Our 2019 MVP winner, Kyosuke Takahashi, got sponsored and was invited to many music festivals in Japan after the contest. He also released an album and began writing a column in a magazine. The following year, he appeared in a program on the Japanese TV network NHK.

We are delighted and proud to have discovered so many talents. It is our sincere hope that this competition has enabled many talents around the world to gain valuable skills and experience that will further develop their passion in the area of performing arts. 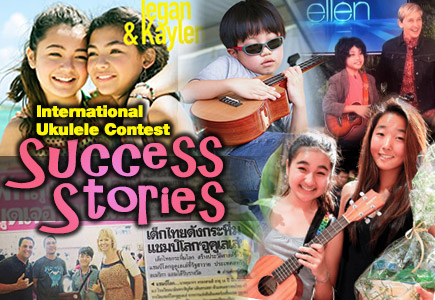 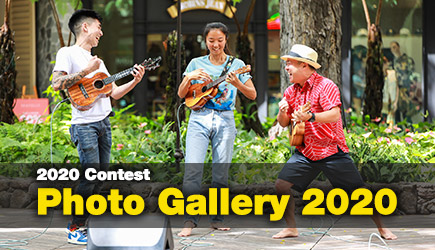